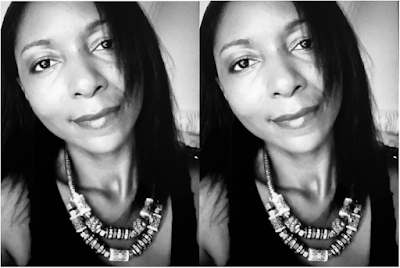 Spending the last 10 years living and working in Africa had a profound impact on my life, which has become more apparent since returning to live in the UK.  I have been trying to better understand and explain this transformative experience.

I grew up in the UK hearing racist questions like “why don’t you go back to Africa?”  At that time, I was not sufficiently informed to deliver a smart response like “Why did your ancestors take my ancestors out of Africa as slaves in the first place?”   Even with my current level of knowledge and experience, I would still think carefully about how to respond to such a remark, because racism aside, my mind would focus on the fact that I have been, seen and benefited.

The most remarkable thing about the experience was my sense of self-discovery; sense of belonging and realising new possibilities about myself as an individual. The mysteries of Africa were laid open.  It was not that scary place to be sent back to, but a continent of often mis-represented countries, which despite major developmental challenges, continue to endure due to the resilience and tenacity of the people.

Being part of the majority, rather than part of a minority group was a gamechanger.  I truly believe continuously living as a minority has a negative psychological impact on one’s outlook and ambitions. This means living a restrictive life, rather than just living.  These restrictions lifted from me over the past decade, during which time I existed without labels.  I was no longer characterised as Black, Asian and Minority Ethnic (BAME) – the term used to describe people of colour in the UK.  I blended with the black majority on the continent and was able to just be me, without the racial stereotyping and the overall negative socialisation of black Britons.

I was fortunate through my profession to live and work in Sudan, Sierra Leone, South Sudan, Ghana and Nigeria.  As a result, my cultural identity expanded beyond my West Indian heritage to connect with a much larger and more vibrate force.    The rhythm of life was enriching to me and spiritually uplifting.     There is so much to Africa that non-Africans are incapable of seeing through a fixed lens of poverty and devastation.  I was captured by the diversity, dynamism and determination which continues to push the continent forward, albeit at a sluggish pace in some cases.  I am a firm believer that Africa must help itself, rather than look to the West.   I remain in awe of the raw African entrepreneurship and creativity, which if given half a chance could transform the continent and the world.  But African leaders must lead.
The Government of Ghana launching the Year of Return was perhaps a natural progression that was always going to be a success, because this was like a tonic for those with historical connections like myself.  I observed the strong pull this initiative created for many people and the powerful emotional impact of the return itself. It opened mindsets to new possibilities, exposing new mental and emotional ties to be discovered more deeply.   I had not appreciated that the connections I made with people I met over the past decade were like valuable gifts.  Somehow most relationships I developed along the way have endured naturally, often feeling like an expansion of family.

I have arrived at a very different place following this empowering experience. My personal growth has been remarkable.  The feeling of cultural isolation has been replaced by one of cultural belonging to an extended far flung network.   “Minority” as part of my identity, has been forever replaced by “majority” through my continental connections.