AID MONEY IS MY MONEY 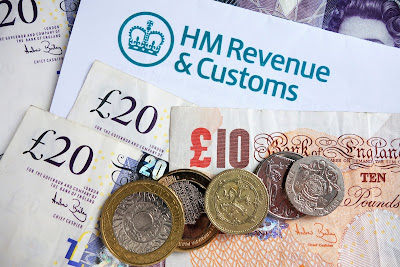 As a UK tax payer, aid money is my money.  My job is to protect it, which means understanding how the abhorrent siphoning and diversion of aid occurs.  Aid, as a contribution towards alleviating poverty, should be managed with the utmost transparency and accountability and used for the purpose intended.  This is important because the systems and services taken for granted in the UK, even the most basic (health, education, water and security) are not easily accessible in many developing countries, because of corruption.

Investing aid money where there are high levels of poverty and corruption, carry high fiduciary risks.  Corruption can be driven by persistent uncertainty and vulnerability, leading to the creation of “survival” strategies, involving supplementation and rent seeking wherever opportunities arise. Corruption is also driven by sheer greed to finance extravagant lifestyles and by prevailing social norms: that everyone does it or has the potential to, with the right bribe.   In such environments, public funds are seen as “chop money” …”bush meat”…to be grabbed indiscriminately.  Unfortunately, aid money is also included in this category.  The fact that aid is financed from UK public funds, collected from UK tax payers does not generally resonate in countries where the tax base is low and informal economies dominate.    I personally feel that citizens must care about protecting their own public funds first, before they can really care about protecting aid financed by citizens from other countries.
I would estimate that up to 40% of aid money destined for poverty alleviation could be stolen, by actors who profess to work in the interest of the poor. I know some operating in the development sector may think this percentage is even higher.   Whilst development interventions are designed to support the poor, the mindsets of some implementing partners are geared towards self-enrichment, rather than development, which seriously undermines desired outcomes and the credibility of honest actors in the space.   Donors avoid giving money directly to certain developing country governments, but work with non-state actors such as civil society organisations (CSOs), to support local ownership and sustainability.

However, some CSOs siphon money with significant skill and efficiency, through complex networks involving family members, friends and vendors colluding for mutual advantage. Collusion can occur between any individuals involved in the grant process, from grant allocation through to project implementation.   A network is created by the primary players to protect the source of revenue established through the grant.  This close-knitted collusion makes it extremely difficult to root out this form of corruption. Staying loyal to these networks can be extremely lucrative. Disrupting these networks could lead to victimisation, intimidation and even more serious harm.
It is well recognised that most corruption occurs during the procurement process. One very basic form of corruption occurs through the “padding” of invoices and contracts.  For example, in a highly competitive environment, accommodating participants and hosting workshops on a regular basis is good business for any hotel.  As part of a donor funded programme, this may simply seem like a good capacity building intervention, but this is actually a good opportunity for organisers and vendors to collude to siphon money.  This occurs by formally invoicing a higher room rate for each participant, than what is paid.  In real terms, this could be the difference between £52.00, official invoiced and £37.00 actually paid for each participant (a padding of £15.00). This may seem small, so it is important to understand what this theft looks like cumulatively and over an extended period.

A workshop could last for 4 days which would make the total invoice per participant £208.00, whilst the actual cost was £148.00 (a padding of £60.00 per participant).  If 40 participants/resource persons are being accommodated, which is considered a small/medium size workshop, up to £2,400 could be stolen, just on accommodation.  An average programme could have three implementing partners each running at least 2 such workshops per month, leading to a potential leakage of £14,400.  Over a period of nine months of the calendar year, this would total around £129,600 per annum.  Over the course of 5 years, (average programme duration), this loss could extend to £648,000.  Please bear in mind that this is one single area of procurement.

At any one time, there are a range of procurements on-going each with money being siphoned in different ways, but commonly in collusion with vendors.   Other areas of procurement linked to workshops include feeding, air tickets, workshop materials; fees for resource persons and per diems.  There could also be “ghost” participants, where 40 participants are billed, but only 30 participants attend. Specifically, on per diems, participants might be invited to the workshop with a prior agreement to repay a percentage of their per diem back to the organisers or to their own organisation as part of the “deal” for being invited.  More routinely, fuel, office equipment and furnishings are other areas where invoices are inflated.

Civil society organisations also collude with landlords on rent for office accommodation. A donor could agree a cost share of 40% of the rent, on the understanding that the CSO’s other supporters are funding the remainder of the costs.  However, as the donor is not present in any of these negotiations, nor do they discuss this level of detail with other donor partners, CSOs see this as a blind spot.  The total cost of the rent could equal the 40% paid by one donor, leaving the CSO to siphon monies for rental costs from other donors, as part of recurrent costs.  It could be that CSOs are motivated by how much can be syphoned from every transaction and interventions are designed with such opportunities for corruption in mind, rather than achieving developmental goals.

Corruption is normally driven by those at the top of the organisation. The governance and management arrangements are structured in a manner which promotes opaqueness, rather than transparency and accountability. Such operations are condoned by the Board of Trustees, as they also benefit through contracts and a percentage of any kickbacks.

Staff normally have two choices: comply or leave.  In view of the scarcity of job opportunities, the only real option is to comply, or at least turn a blind eye.  Staff in donor organisations are also vulnerable to corruption and collusion with external partners.  This fact is generally overlooked in risk assessments or wilfully ignored.  Donor staff seeing large grants going out the door, may also want a piece of the action.  Pay is sometimes low and opportunities are practically non-existent.  In some instances, donor staff can be the main instigators of siphoning aid funds, in collusion with external actors.

In studying these networks, it is important to distinguish between the monkeys and the organ grinders, because in some situations, CSOs with legitimate intentions might be pressured into corrupt activities to sustain their grant funding.  In other words, any interrogation of this form of corruption cannot just be externally facing, which tends to be the case.  Corruption can commence with manipulation of the decisions about who should receive a grant, or not.  It may be that obscure decision-making leads to some unknown organisations getting grants, whilst more credible organisations with a solid track record emerge unsuccessful, from what should have been an open and competitive selection process. An agreement is made, up front, on what percentage of the grant money should be paid to the donor staff and subsequently disbursed during the process of implementation. This is normally done in cash payments, rather than bank transactions to avoid detection. Other benefits for donor staff could involve securing employment for their relatives and friends in the offices of CSOs implementing grants, ignoring any conflict of interest implications, in order to protect their interests.   The power dynamics behind this form of corruption is even more insidious and steps must be taken to root out donor staff who exploit CSOs in this manner.

Such corruption distracts from the good work of numerous CSOs working in the interest of citizens, who withstand such predatory actions, but still get tarred with the same brush.  I feel working with CSOs is not an option, but a necessity, but self-regulation is needed, which simply means practicing what they preach. Donors also need smarter systems and ways of working to deal with this kind of corruption internally and externally, which involves being more discerning when selecting both staff and implementing partners alike.

I deliberately kept this blog generic, but hope I adequately expressed my concerns around this matter to trigger a conversation.