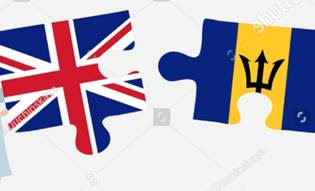 Returning to live in the UK in March will be a major turning point in my life, as it represents 25 years since I first started working overseas.

I entered the UK Diplomatic Service in 1995 with a posting to the British Pacific Aid Management Office in Suva, Fiji Islands.  Whilst my presence injected a mere hint of diversity, it signalled a change which caused ripples in circles previously reserved for white colleagues.  The atmosphere was hostile, and many colleagues, particularly on the FCO side, made me feel unwelcomed.   For some reason, they assumed that I came from South London, making references to “people from South London” when referring to me. Back then, South London was synonymous with black ghetto. As a firm North West Londoner, I initially wondered who these South Londoners were that people kept referring to, until the penny dropped!

From the outset, I decided not to internalise this negative treatment, but rather tackle at surface level, maintaining distance and hopefully sanity.  After a while my descriptor changed from “South Londoner” to “aloof” and “brusque” which worked its way into my performance appraisal.    In my own mind this translated to “above” and “intolerant” of racist attitudes and behaviours.      However, despite my tough exterior, at times I felt isolated and upset.  In fact, one day during working hours I walked out of the office and went home with the intention of short touring,  but I returned the next day and embarked on a fight to exist in what to me was a strange new world, with the aim of breaking down barriers.  Whilst I persevered, the constant grind was exhausting. At the end of my tour, I reported the experience to FCO but doubt whether any serious action was ever taken against the perpetrators.  DFID on the other hand acted promptly in sanctioning and supporting, which resulted in tangible positive change in my working environment.  Without a doubt, this first experience was damaging and I considered never going aboard again.   But decided I had started an important journey which I would complete on my own terms, rather than allowing others to deter me from what essentially became a life changing experience.

If anyone had enquired into my background, they would have learnt about my journey to the UK from Barbados at the age of 9. Whilst not uncommon, this formed an important part of my identity and outlook.   I ventured out to Fiji on my Barbadian passport, rather than gain a British passport to commence my arduous journey into diplomatic life.  I later naturalised as a British citizen in April 1996, as this made good sense operationally.  But the bruising experiences I encountered at post only validated the reasons why I had not previously applied for a British passport. I always found the prospect of being treated like a second-class British citizen unappealing.  Travelling to far flung corners with my Barbadian passport symbolised my pride in my West Indian heritage.   This pride later shaped how I felt about becoming a dual national, combining my ambitions as a decedent of the Windrush generation and my resilience borne from slave ancestry - those who survived one of the greatest global atrocities in race relations. This understanding of who I am, meant that I was naturally equipped for success in navigating the challenges of the diplomatic service.

They would also have learnt that I joined the UK civil service in 1986 at the age of 21, in the lower ranks and feeling more grateful for a job, than entitled to a career.  This was less about ambition and more about the socialisation of black Britons at that time.  Over the years I often reflected on this period, questioning whether it was me or the system.   I recall my first promotion to Executive Officer warranted the office instigating a one-page article in the Caribbean Times News Paper about my progression up the ranks! This may seem incredible now, but black progression was quite astonishing back then and worth publicising.  Against this backdrop, the thought of going to work overseas never actually occurred to me.  This was something that white colleagues did, not people who looked like me.   Black people knew and largely accepted their place on the lower ranks of the UK civil service.

Breaking through the corrugated roof (I cannot pretend it was a glass ceiling) did not just happen by chance, I was encouraged to apply for my first overseas posting by a former DFID colleague Myles Wickstead CBE, then Head of the British Development Division in Eastern Africa (1993-1997).  I trusted his assessment of my ability to work overseas and still feel his initial “push” to this present day.  I felt empowered because my ability was sincerely recognised and as a result, I entered  a world which did not contain people or role models who looked like me. I realised overtime that role models are less about appearance and more about positive values, principles and behaviours.  If all UK civil servants were compliant with the Civil Service Code, we would all be good role models.

I have fought and won many battles since Fiji and subsequently went on to do postings in Belize, Sudan, Sierra Leone, South Sudan, Ghana and Nigeria, progressing to Grade 6 and becoming a Senior Governance Adviser.   What I did with the opportunity is also paramount. Overall, I concluded that effective diplomacy is an art, which stems from the ability to relate well with other cultures and overcome complex barriers to achieve progress. My success overseas came down to my personal approach and commitment to social justice, which means dealing with people in a fair and equitable manner, regardless of who they are. It also means standing by principles and integrity, which sometimes makes you less popular than other colleagues.

I saw the value added by my diversity at an early stage in my career as I worked alongside Heads of Missions and other colleagues at post to achieve UK strategic objectives. An early endorsement of my effective diplomacy came in the form of an invitation to lunch by the then Belizean Prime Minister Said Musa to thank me for my service to his country.  This was totally unexpected and at the end of a major effort on my part to enhance the bilateral relationship at a time of change.   Subsequent successes included: kickstarting development assistance in Sudan at the heart of the Darfur crisis,  promoting justice and security as basic services for victims of sexual and gender-based violence and in South Sudan following the signing of the Comprehensive Peace Agreement; championing security and justice sector reform in Sierra Leone; conflict reduction and peace-building in South Sudan – I went back for more!; strengthening accountability and deepening democracy in Ghana and tackling corruption in Nigeria.

I feel privileged to have had these experiences.   Obviously negative behaviours will persist and in more nuanced and covert ways, but diversity is less of an oddity in 2020.   However, more work is needed because the UK has the capability to do so much better. Commitment to stamping out such negative behaviours need to move from talk to action.  It is often about getting the right people in the room and understanding different feelings and perspectives. The commitment must be mainstreamed.  I liken discussions on race with just people of colour to talking about murder with the deceased.

Our future now lies outside the EU and realising our ambitions for Global Britain, hinges on our ability to see the strategic value of diversity within our own society – it starts at home.  We cannot benefit from diverse bilateral relationships, without presenting a more diverse face to the world.  We are no longer in the colonial era where we can scramble for new territories. We must invest in building mutually advantageous bilateral relationships on trade and security etc. to remain relevant and more importantly continue prospering as a nation. Global Britain means understanding more about the complex identities of different communities within our borders, in the spirit of multiculturalism and using diversity with pride as part of our diplomatic effort.