NO FEAR OF SMEAR 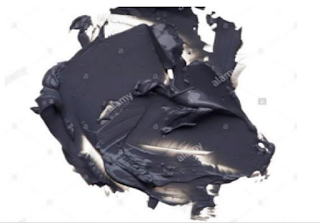 I found myself victim of a smear campaign in Nigeria. I recently concluded that this means I must have been doing something right. This blog explains why after some weeks I reached this conclusion. Firstly, I wondered why people execute smear campaigns against others. Afterall, one does not suddenly wake up one morning and start smearing another person. I think the intention to smear comes from a dark place within a criminal mindset. Such individuals smear because they have done something wrong that they want to hide, so the aim is to scare, intimidate and silence their victim. They sit, watch and wait. Anxious, but dormant [a bit like how rats behave] until they feel sufficiently threatened to launch their attack. They may co-opt others who are gullible to do their dirty work. They take time to prepare their campaign, gathering information and if they cannot find anything, they simply make crap up. But they can only make assumptions about how the victim will react.

The campaign against me started with vicious rumours, which I later learned were orchestrated. Immediately, I wondered what I was doing to trigger the attack. It took me only seconds to figure out. When I confronted the person, I suspected to be the source, the amateur dramatics and tears to strengthen their denial confirmed my suspicions. Afterall, it was a lame act – poor drama. However, I did not think at that time that I was dealing with an unsophisticated criminal. I know the rumours were meant to have a negative impact on me. Naturally, they did for a short time. But my mind always searches beyond words and focuses on deeds. In short, I can see fake people a mile off, but often just let them continue pretending to be real. But it did sadden me that all women appeared to be involved in this smear campaign...at least on the face of it. So much for lifting each other personally and professionally and campaigning to stop the victimisation of girls and women. Even more interesting is that men, (at least those of my hue) have been the most sensitive and supportive.

I said at the beginning of this blog, that smears are meant to scare people into silence. However, if those orchestrating the smear campaign act too quickly, the victim will not even know what they are supposed to be scared about. This was the situation in my case. The perpetrators felt threatened before I even knew I was a threat. They felt I had information that I did not yet acquire… I had not yet fitted all the pieces of the jigsaw together. Afterall, my life is full, rich and exciting, so I have little time to think about deep dark things... unless 80% cocoa and wrapped in foil. But the smear campaign did make me focus and think more deeply about what was going on around me. Perhaps those who smear should invest more time understanding the mindset of their victim – but they are never that smart. For example, I am as inquisitive as hell. I will find out whatever is going on. I am a person with a strong belief in justice, voice and accountability. I also think that I was born with my mouth open because I cannot be silenced. Smear campaigns impact those who are weak. Not those vocal, strong, resilient and committed to fighting corruption in all its manifestations. I will write more on this issue.