International Anti-Corruption Day Blog: Nigeria - the Pain and the Shame…. 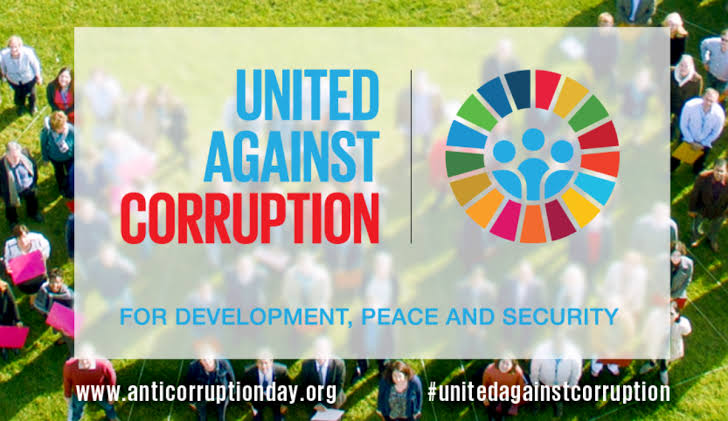 In Nigeria, every day should be Anti-Corruption Day…

The war against corruption is one that ordinary Nigerians must fight and win. It is important not to wait for the political elite to act, as they will never make changes that are not in their best interest. Working on Anti-Corruption in Nigeria since 2017, I have seen the pain and the shame corruption inflicts on ordinary Nigerians. It has been a saddening experience, but the determined efforts of some I have encountered gives me some modicum of hope. Generally, my sense is that more Nigerians are starting to engage in this fight.

The pain comes primarily from the lack of basic services to the poor, because corrupt individuals steal, even from poverty focused programmes like the National Social Investment Fund, including the School Feeding Programme, where the portion of food meant for one poor child is shared between six children in some cases. I think stealing from the mouths of children is what should drive the fight against corruption to the next level – this is truly unacceptable and shows that corruption in Nigeria is seriously out of control. At the same time, I applaud the efforts of Nigerians who act with integrity against such injustice and try to make a difference. For example, the recent collaboration between the National Social Investment Office (NSIO) and the Independent Corrupt Practices Commission (ICPC) is an opportunity for citizens to act and report corruption, rather than normalise and accept it.

The shame comes in many ways, but most prominent recently was the sex for grades scandal which already seems to be losing momentum. In October, BBC Africa Eye exposed this issue starting a flurry of activity, but I feel these vile perpetrators are only waiting for the dust to settle to continue violating, if they were even disturbed in the first place. That is why I want to see the passing of the Prevention of Sexual Harassment in High Education Bill to protect young women from sexual predators in the education system enacted. Girls must be protected and respected as Nigeria’s future economic drivers, leaders and partners. They are the daughters of this great nation. They deserve the opportunity to gain an education, without harm. There is a deep shame and punishment in this heinous practice which victims feel, but perpetrators must also experience this through tough sanctions.

There are serious barriers to information which prevent Nigerians from engaging more actively. For example, the Freedom of Information Act (FOI) (2011) is practically unknown to many Nigerians. I heard recently that only about 73 out of 900 Ministries, Departments and Agencies (MDAs) comply in submitting their annual FOI reports. The Ministry of Justice’s role appears conflicting as the institutional home for this legislation, but at the same time defending MDAs in court who fail to comply. Without access to information, Nigerians can never increase transparency and accountability. For example, how can they know why the budget of the National Assembly (NASS) has increased from N6.9 billion in 1999 to N139 billion in 2018 without any increase in membership. I agree with those of the opinion that NASS should lead by example in upholding this important law which they have created, by declaring their earnings, to avoid the perception of being law makers and law breakers.

The Constituency Projects Tracking Group initiated by ICPC is encouraging because it gives citizens an opportunity to mobilise in their own communities and track development opportunities, albeit meagre boreholes or grinders in some cases. I often ask myself why any Nigerian should have to use a borehole in 2019. Of course, the answer is corruption. ICPC has provided full information about which constituency projects were approved for implementation in 2020 as a way of protecting this fat annual allocation of N100 billion. The “My Constituency/My Project” initiative, rolls out detailed information to communities, with the aim of encouraging citizens to act. Citizens must get involved and demand to know what is going on in their communities. Elected representatives have a responsibility to listen and respond. The voices and actions of citizens are needed, more so than government, to move the fight against corruption to the next level.